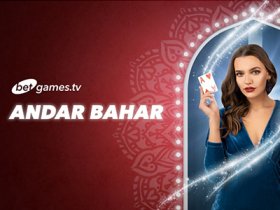 BetGames.TV, the well-known international supplier of live dealer and betting games, is now ready to launch its live version of Andar Bahar, the popular Indian card game, on the global market.

The live dealer game was initially launched as a bespoke title in a handful of markets, and since it has done very well there the developer decided to bring it to the global audience.

This is a very simple and straightforward game, but that can produce engaging gameplay with the help of BetGames.TV’s professional dealers. Andar Bahar was first played in India and it is a card game that is immensely popular.

New games are coming thick and fast, every 90 seconds players will be able to enjoy the thrills of a fresh start. The game is quite rapid and that makes it ideal for live online play.

Aiste Garneviciene, the Chief Operating Officer of BetGames.TV, revealed that the company’s Andar Bahar game proved very popular when it was initially launched with Betway thanks to its “mechanics, betting rates and ease-of-play.”

The global launch of Andar Bahar comes at a great moment in the history of BetGames.TV as the company is in a period of continued expansion and great success on the international market.

At the end of 2020, BetGames.TV received two SBC Awards, winning the prizes for Leader of the Year and Live Casino Supplier of the Year. The whole year was a solid one for the company, which expanded into new markets in Europe, Latin America and Africa, through deals with high-profile companies in the industry such as Novibet, Amelco, UltraPlay, SBTech, Betway, Pinnacle, Parimatch, GVC, Meridianbet, Hollywoodbets and SNAI.

In March, BetGames.TV announced plans of continuing its expansion by opening a new hub of operations in Malta. The new office is the main base for offering support to the current BetGames.TV customers in Latin America, Africa and Europe, while also serving as the driving force behind the company’s expansion into new markets in the near future.

The company also announced that it was looking to hire over 100 new employees to put their expansion plans in action. BetGames.TV is streaming its live dealer games from its studios located in Vilnius, Lithuania and in Malta. Their operations are currently licensed at numerous regulated markets including the UK, Malta, Latvia, Lithuania, Estonia, Italy, and Bulgaria.