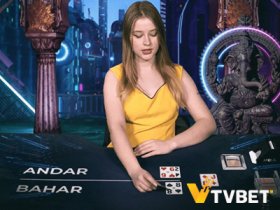 Teen Patti was launched by TVBET in July 2021, as a modern version of a legendary card game that originated in India. In fact, the game is also known internationally under the name of “Indian Poker”.

Teen Patti was one of the main family card games in the country during the 20th century, especially during Diwali, the world-famous “Festival of Lights”. Then the game entered private gaming clubs in Mumbai and Goa before expanding throughout Southeast Asia along with migrants from India.

The rules of Teen Patti are quite simple, and that’s probably why the game is so popular. A standard 52-card deck is used, and the dealer hands one card to each player, until each of them has three cards in hand. The goal of the game is to collect a stronger combination than the opponent’s hand. Those who take part in the game can place bets either on the victory of one of the players or on a winning combination.

The updated version released by TVBET aims to bring more of the vibe of Diwali to the game, which now features an improved studio decorated in warm colors with traditional Indian attributes. The rules of the game have not changed, and the three jackpots remain up for grabs.

Andar Bahar was unveiled by TVBET in September 2021 and it’s also inspired by a classic Indian game. In fact, Andar Bahar is still a very popular card game in India, with extremely simple rules.

Now the game has received a boost regarding the gameplay atmosphere, there’s a new background in the studio featuring distant skyscrapers, flying cars and neon lights. This sets the game in a futuristic world, but the rules remain the classic ones that everybody knows and loves.