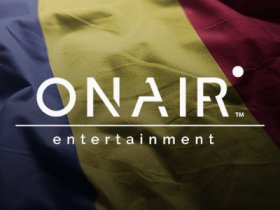 On Air Entertainment, one of the newest providers in the live dealer games industry, has announced that it is ready to continue its expansion with the launch of a brand new modern live casino studio.

The new studio will be built in Bucharest, the capital city of Romania, and it will feature 30 tables for both blackjack and roulette. The facility will be equipped with the latest cameras, microphones and streaming technology, while the backgrounds will be designed to give players the sensation of being on an actual casino floor.

The upcoming studio will have 350 employees, including dealers that are trained to the standards of the most prestigious land-based venues. This facility will be used to broadcast games for the Romanian and Italian markets, so the dealers will be fluent in these languages.

On Air Entertainment revealed that it expects to complete the building process for the Bucharest studio in the final quarter of 2022. Moreover, the supplier announced that it has two more new studios ready to be opened, one in the fourth quarter of this year and the other in the first quarter of next year.

This supplier entered the market in January 2021 and since then it has strived to add more exciting titles to its growing portfolio. In March the company launched Standard Roulette, a live casino title broadcast from its studio in Riga.

Speaking about the launch of the new Bucharest studio, Mathijs Beugelink, Head of Operations at On Air Entertainment, said that his company has “emerged as a leading live casino provider” and that it has plans to “continue to grow at pace.”

Moreover, the company executive added that the studio will be a state-of-the-art one, which will allow the production team to create “engaging live dealer content” and also to bring employment opportunities to Bucharest.

The On Air Entertainment network is certified in key regulated markets including the Isle of Man, the United Kingdom, Greece, Ontario, Latvia, Sweden, Romania, Italy and Malta. Moreover, in the coming weeks the supplier will launch in Denmark and the Netherlands.