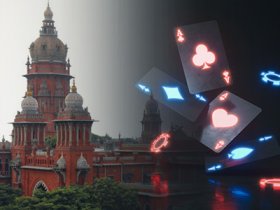 The Madras High Court has decided to strike down a ban imposed by the Tamil Nadu government on online games of skill. The court’s decision could become a key step for the development of the iGaming industry in India.

The case was brought to court through a petition that was signed by several online operators, including Junglee Games. The petition argued that the ban imposed by the government of Tamil Nadu was an “over-paternalistic stance taken by the state in bringing about sweeping amendments to an existing law.”

The petitioners also argued that the ban infringes their fundamental rights. Moreover, the ban was considered by the plaintiffs unreasonable to the point of being arbitrary. Jay Sayta, a technology lawyer who appeared in court in this matter, described the verdict as “historic” and added that it represents “a boost for the nascent and burgeoning online gaming industry.”

The lawyer argued that the ban imposed by the Tamil Nadu government didn’t make any difference between games of skill and chance, a difference that was well-established in jurisprudence laid down by India’s Supreme Court.

That is why the court asked the state government to reconsider its stance and introduce legislation that is “proportionate, balanced and least-intrusive” to regulate the online skill-gaming industry.

In fact, the Supreme Court has ruled that games of skill are legal even if played for money. However, each state has the right to draw up its own gambling legislation and that led to some states seeking to introduce bans that go against the Supreme Court ruling. The Madras decision comes just one week after a court in Rajasthan ruled a plea seeking to ban online rummy was unconstitutional.

A Step Towards Nationwide Legislation

Given the latest court decisions, there is a chance that India’s central government could take into consideration a draft paper that it received from a leading think tank, pleading for the introduction of a centralized framework for skill-based gaming.

The central government confirmed that the document, named “Draft Guiding Principles for the Uniform National-level Regulation of Online Fantasy Sports Platforms in India”, was received and may be debated by the Council of Ministers.

In November 2020, Anurag Thakur, the Indian Minister of Finance, declared that his country should move down the path of legalizing and regulating gambling instead of restricting or banning the activity.