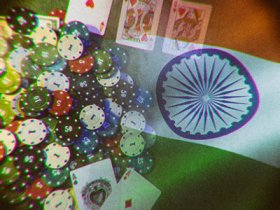 India, one of the largest and most populous countries in the world, is finally considering passing federal legislation regarding online gaming after years of uncertainty regarding this sector.

Now the Indian government is reportedly getting ready to discuss a bill that would introduce a regulatory framework for online gaming and tackle illegal gambling operators. However, the bill has already been met with resistance from different areas of the public.

The bill was introduced to Parliament on April 1 and it was called “The Online Gaming Regulation Bill, 2022”. The new piece of legislation has two declared purposes: preserving integrity in online gaming and introducing a regulatory framework for this activity.

The new bill also calls for the creation of a central gaming regulator that would be called the “Online Gaming Commission”. The central regulator would have the task of overseeing the activity of online gaming operators and it would also be charged with stopping the activity of illegal operators.

Moreover, the Online Gaming Commission would have the authority to grant, suspend and cancel licenses for online gaming operators in India. The commission would also have to formulate new rules regarding the details of the licensing process.

At the moment, India doesn’t have any federal regulations to cover the gambling industry. There is a precedent set by the Supreme Court through a ruling on skill-based gaming, and each individual state gets to decide its own position on the matter.

At the end of 2020, The Indian Minister of Finance, Anurag Thakur, declared that the country should move down the path of legalizing and regulating gambling instead of restricting or banning the activity.

The minister explained that keeping the industry in this uncertain situation opens the door to all kinds of shady practices, from widespread match fixing to bribery and corruption. Anurag Thakur insists that moving cricket betting and other forms of gambling on the legal side would help stop those “unholy practices” and would also bring some much-needed revenues into the state’s coffers.

However, the new bill has already been met with criticism. For example, lawyers from Khaitan & Co pointed out that the bill fails to distinguish between casual gaming and real-money gaming platforms.