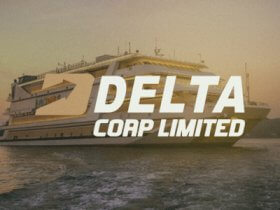 Delta Corp, the largest and only listed casino operator in India, has announced that it recorded promising results in the fourth quarter of 2021, recovering well at the end of a very difficult year.

For the three months to 31 December 2021, Delta Corp reported an increase in gross income of 104.2 percent compared to the same period of 2020. The company’s income in the fourth quarter was Rs 307.65 crore (around 41.7 million U.S. dollars). The good results were mainly due to the reopening of the company’s casinos in Goa and Sikkim.

The Delta Corp financial reports also show that gaming operations in its casinos generated income of Rs 249.65 crore, or approximately 33.8 million dollars. That is a significant increase from the Rs 97.51 crore (13.2 million dollars) that were recorded in the last three months of 2020. Moreover, income from hospitality also increased by 106 percent year-on-year to Rs 22.29 crore (3 million dollars).

Delta Corp also has an online presence as it operates Adda52.com, the biggest online poker site in the country, along with Adda52rummy.com and online fantasy sports site LeagueAdda.com. The income from these operations went down by 15.6 percent in the fourth quarter to Rs 35.71 crore (4.8 million dollars).

New Casino Boat In The Making

After announcing its financial results for the three months to 31 December 2021, Delta Corp also revealed that the company has a new casino boat being built and then deployed in Goa. The new boat will replace the Deltin Caravela and it will increase the capacity by 2.5 times.

There is increasing demand for gaming after restrictions related to the novel coronavirus pandemic were lifted in the state, and Delta Corp is getting ready to make the most out of the surge.

The biggest part of the demand is driven by Indian travellers, which now prefer to travel inside the country due to border closures and unpredictable events abroad. However, from 10 to 12 million visitors that visit Goa each year, only about 2 million visit the casinos in the region.

Delta Corp operates India’s two largest offshore casinos, Deltin Royale and Deltin JAQK, and the country’s only floating hotel with a casino, King Casino, all of them located in Goa. The company also owns and operates the Deltin Suites in Goa Casino Deltin Denzong in Sikkim, as well as the 176-room five-star hotel The Deltin in Daman.