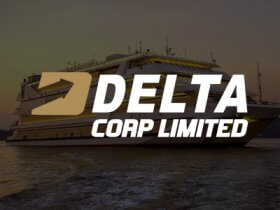 Delta Corp, the biggest and most powerful casino operator in India, has revealed its plans to build a brand-new casino ship that will be placed on the Mandovi River in Goa.

The new ship will cost 1.5 billion rupees, roughly around 21 million U.S. dollars, and will replace Deltin Caravela, one of the company’s older ships that currently operates in the state of Goa.

The new casino vessel is expected to become operational in the middle of 2022. The new ship will be built by Waterways Shipyard, a local company from Vasco da Gama.

Delta Corp is no stranger to the ship building company, the casino operator owns 45% of Waterways Shipyard through Delta Pleasure Cruise Company, one of its many subsidiaries.

Waterways Shipyards has operational yards in Udupi and Chicalim and has built Delta Corp’s first ever casino ship, the Royale. That vessel is still operational, although its name has been changed to Deltin Jaqk.

The new casino ship will be bigger than the Deltin Royale as the company expects to accommodate a larger number of customers in the coming years. In fact, Delta Corp expects to recover its investment in the new ship in just one year or even less.

In December 2020, Delta Corp received provisional approval from authorities in the state of Goa to build an integrated casino resort in the city of Pernem. The company has already started preparing the feasibility study for this big investment.

This would be the first ever land-based casino resort in this state, which would include hotels, a convention center, a multiplex cinema, shopping facilities, and a water park alongside a state-of-the-art casino.

Delta Corp currently operates three casino ships on the Mandovi River along with a land-based casino at their five-star Deltin Suites hotel. Overall, the company owns and operates six casinos in India, along with the online poker site Adda52.com.

The Future Is Online

In recent years, the company has invested more and more in the online vertical, developing another two online gambling websites, one featuring rummy and the other fantasy sports.

The online division of Delta Corp became increasingly important during 2020, when the Indian company was forced to suspend its activities at land-based casinos for months during the lockdowns generated by the coronavirus pandemic.

The online division managed to record a profit of 13 million rupees in the third quarter of 2020 while the entire company had a revenue drop of 77.5% compared to the same period in 2019.