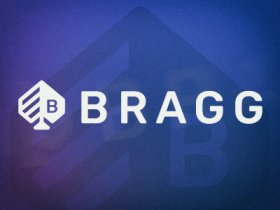 Bragg Gaming Group, the successful Canadian business-to-business iGaming technology and content supplier, has announced that it was granted a license to operate in the American state of Pennsylvania.

The license was granted by the Pennsylvania Gaming Control Board and it gives Bragg Gaming Group the final regulatory approval before completing the acquisition of Spin Games, which was first announced all the way back in May 2021.

Spin Games is a business-to-business gaming content provider based in Nevada. The supplier held licenses in several key regulated United States markets, including New Jersey, Michigan, Connecticut and Pennsylvania. Now that Bragg received its Pennsylvania license, the deal should be completed by the end of the month.

Bragg Gaming Group agreed to pay 30 million U.S. dollars for Spin Games, 10 million in cash and the rest in common shares of the Canadian company. Shares worth 5 million dollars are to be released upon closing the deal, while the remaining shares will be released gradually over the next three years.

After the deal is completed Kent Young, the founder and Chief Executive Officer of Spin Games, is set to join Bragg Gaming Group as president for the Americas. Young will have a prominent role in designing the company’s growth strategy in the United States.

The acquisition of Spin Games gives Bragg a pathway into the United States market, because the acquired studio comes with big clients onboard, such as BetMGM, Caesars, FanDuel and DraftKings.

Almost half of that revenue, 9.5 million euros, was generated by the company’s operations in the Netherlands, one of the newest regulated markets. The Canadian company also holds a license from the government of Curacao, and its operations through that license generated revenue of 3.6 million euros, an increase of 32 percent year-on-year.

The Canadian company received two new international licenses during the first three months of 2022. The two new licenses were received in March and they allow the supplier to operate in the Bahamas and in Ontario, Canada’s most populous province.

Bragg Gaming Group started under the name of GiveMeSport and became more prominent in the iGaming industry in 2018, when it acquired content supplier Oryx Gaming. Now the company is working to integrate both Oryx and Spin Games into a single platform for its customers.