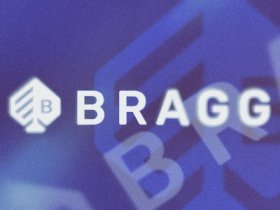 Almost half of that revenue, 9.5 million euros, was generated by the company’s operations in the Netherlands, one of the newest regulated markets. The Dutch online gambling market opened in October 2021.

Bragg Gaming Group also holds a license from the government of Curacao, and the company’s operations through that license generated revenue of 3.6 million euros, an increase of 32 percent year-on-year.

The markets located in the rest of Europe generated revenue of 2.1 million euros for Bragg Gaming in the first quarter of 2022, an increase of 15.1 percent compared to the same period of last year.

The company’s financial results can only get better from here as Bragg Gaming received two new international licenses during the first three months of 2022. The two new licenses were received in March and they allow the supplier to operate in the Bahamas and in Ontario, Canada’s most populous province.

Yaniv Spielberg, Chief Strategy Officer at Bragg Gaming, explained that the company plans to grow its presence in Ontario quite rapidly over the next few months through deals with established online casino operators.

Overall, the first quarter of 2022 brought Bragg Gaming a gross profit of 10 million euros, a figure which represents a new record for the company and an increase of 50.6 percent year-on-year. The company’s adjusted earnings before interest, tax, depreciation and amortization (EBITDA) also broke previous records, amounting to 3 million euros.