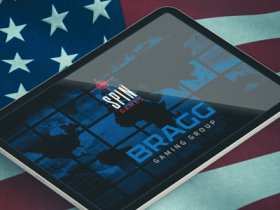 Bragg Gaming Group, the increasingly popular iGaming content supplier from Canada, has made a firm step into the United States market by acquiring Spin Games, a B2B gaming content provider based in Nevada.

The terms of the deal stipulate that Bragg Gaming will pay 30 million U.S. dollars for Spin Games, 10 million in cash and the rest in common shares of Bragg. Shares worth 5 million dollars will be released upon closing the deal, while the remaining shares will be released gradually over the next three years.

The merger between the two companies will see Kent Young, the founder and Chief Executive Officer of Spin Games, join Bragg Gaming Group as president for the Americas. Young will have a prominent role in designing the company’s growth strategy in the United states.

Following completion, Spin’s founder and CEO Kent Young will join Bragg as president for the Americas where he will play a key role in the company’s US market growth strategy.

Bragg Gaming Group started under the name of GiveMeSport and became more prominent in the iGaming industry in 2018, when it acquired content supplier Oryx Gaming. Now the company is working to integrate both Oryx and Spin Games into a single platform for its customers.

The acquisition of Spin Games gives Bragg a great start into the United States market, because the acquired studio comes with important clients onboard, such as BetMGM, Caesars, FanDuel and DraftKings.

A New CEO And NASDAQ Listing on the Cards

At the beginning of May, Richard Carter took charge as Chief Executive Officer of Bragg Gaming, after Adam Arviv, the co-founder of the company, decided to step down from that role.

Speaking about the acquisition of Spin Games, the new Bragg Gaming CEO said that it represents a “strong foundation” for the company’s strategy of building an “integrated igaming business in the US.” Bragg has also applied for a license in New York and New Jersey, markets that are expected to grow significantly over the coming years.

Moreover, the Canadian company is planning to have its stocks listed on NASDAQ, after having featured on the Toronto stock exchange for the past few years. However, Bragg Gaming revealed that there is no guarantee that the company will meet all of Nasdaq’s listing standards.