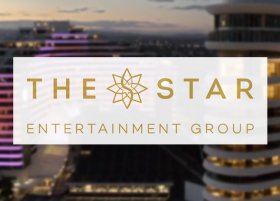 The initial offer was made in May 2021, and it consisted in a nil-premium share exchange ratio of 2.68 shares in The Star per Crown share. The proposal also came with a cash alternative worth 12.50 dollars per Crown Resorts share, for up to 25 percent of the company’s issued share capital.

The withdrawal comes shortly after the counsel assisting the Royal Commission into Crown Melbourne has asked the Commissioner to find the company unsuitable to retain its casino license in the state of Victoria.

In addition to the worries caused by the potential license trouble in Victoria, The Star Entertainment Group also revealed that it had limited engagement with Crown Resorts after having made the merger proposal public.

The merger between the two giants could have created a very powerful new entity, with Crown shareholders set to own 59% of the combined business and Star shareholders the remaining 41%. The merger was supposed to create cost synergies of between 150 and 200 million dollars per year.

Despite the public withdrawal announcement, The Star Entertainment Group doesn’t completely rule out a merger with Crown Resorts in the future. The company’s statement added that it “remains open to exploring potential value enhancing opportunities with Crown.”

The Star Entertainment also added that it “will continue to closely monitor the Victorian Royal Commission and Perth Casino Royal Commission, with final findings expected later this year.”

Crown Resorts responded to the announcement with a similar statement, saying that it remains willing to discuss a potential merger in the future. Until then, Crown Resorts insisted that it “is continuing to implement its Reform Agenda, while continuing to fully cooperate in relation to the various regulatory processes.”

Crown also received a takeover offer from Blackstone Group, a private equity giant, which had already acquired 9.99% of the business in April 2020. Blackstone’s latest offer was worth 12.35 dollars in cash for each Crown share, but it was rejected by the Australian company.