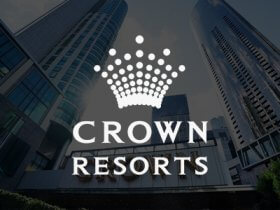 Crown Resorts, the biggest operator of land-based casinos in Australia, is facing tough times in Victoria as the counsel assisting the Royal Commission into Crown Melbourne has asked the Commissioner to find the company unsuitable to retain its casino license in the state.

Adrian Finanzio, the counsel assisting the commission that is investigating the operator, provided the Royal Commission his final submissions after two months of hearings. The counsel revealed that the evidence shows Crown Resorts should at best have its casino license suspended but it could also be cancelled altogether due to systemic problems when it comes to money laundering controls, responsible gambling, tax payments and compliance.

The Victorian Royal Commission was formed in February 2021, following the conclusion of a similar inquiry in New South Wales and the release of the now famous “Bergin Report”, which led to the suspension of Crown’s license to operate Crown Sydney. The company is also under investigation in Western Australia.

The “Bergin Report” revealed that the company had been infiltrated by criminal entities to launder money and that it engaged in significant tax avoidance, while failing to implement adequate problem gambling controls.

“Crown Resorts Has Lost The Trust Of The Public”

Earlier this year, Crown Resorts promised the Royal Commission that it will do its best to improve its responsible gaming program in Victoria, but counsel Adrian Finanzio expressed his view that the company has already lost the trust and confidence of the Victorian public.

The counsel admitted that Crown had submitted a plan for major reform, but there are still questions that make the path to a different future quite uncertain and unclear.

Adrian Finanzio was quite clear when it came to the question of the company’s license to operate a casino in Melbourne. “As of 1 February, 2021, when the Bergin Report was published, Crown Melbourne was not a suitable licensee,” the counsel said. “After all of the evidence presented in these hearings, it remains clear that Crown Melbourne is not presently suited to hold the casino licence.”

After the Bergin Report was published, Crown has been the subject of takeover bids from Blackstone and rival Australian operator the Star. Blackstone’s bid, which was rejected by Crown, included a clause that would cancel the deal if any of Crown’s licenses were revoked or suspended.