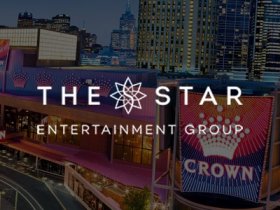 The Star Entertainment Group, one of the biggest hotel and casino operators in Australia, has joined the race for the acquisition of Crown Resorts, the company that owns and operates Crown Perth, Crown Melbourne and Crown Sydney.

The proposal made by The Star Entertainment Group consists in a nil-premium share exchange ratio of 2.68 shares in The Star per Crown share. There is also a cash alternative to the offer, 12.50 dollars per Crown Resorts share, for up to 25 percent of the company’s issued share capital.

Crown Resorts confirmed that it received the offer from The Star Entertainment and added that it was an unsolicited bid. The company added that the merger proposal would give birth to a new entity, which would have pro forma ownership of 59 percent for Crown shareholders and 41 percent for Star shareholders.

The Crown Resorts board will most likely take some time to review the proposal. The Star Entertainment made a filing to the ASX, in which it expressed its belief that it believes a merger with Crown would represent good value for the shareholders as it would create an industry-leading company which would develop enhanced products and services for customers.

John O’Neill, the chairman of The Star Entertainment board, said that the merger would create a conglomerate that would be worth at least 12 billion dollars, with seven properties across four states in Australia. O’Neill added that the resolution company would become “one of the largest and most attractive integrated resort operators in the Asia Pacific region.” The Star Entertainment Group is a company that owns and operates The Star Sydney, The Star Gold Coast and Treasury Brisbane.

Competing Offer and A New CEO

Crown Resorts has another offer to consider, in March it received a takeover proposal from Blackstone Group, a powerful American investment management company. That bid was worth just over 8 billion Australian dollars, with a price per share around the value that Crown Resorts had seen last year, before the effects of the novel coronavirus pandemic and the various inquiries that affected the company’s value.

The Blackstone Group already owns 9.99% of Crown Resorts’ shares, a stake that was acquired from Melco Resorts & Entertainment Limited, the giant Asian gaming group, in April 2020.

Just as The Star Entertainment made their offer public, Blackstone revealed that it made a new offer, worth 12.35 Australian dollars per share. Moreover, on the same day Crown Resorts announced that Steve McCann, former Lendlease boss, will become its new chief executive officer and managing director from June 1.