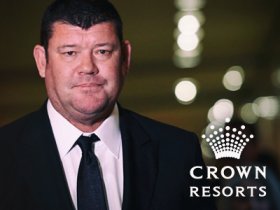 Crown Resorts, the most important and powerful land-based casino operator in Australia, is set to be prohibited from doing business with James Packer, its largest shareholder and former executive chairman.

This ban was agreed between James Packer and the New South Wales Independent Liquor and Gaming Authority, following the Bergin inquiry and report, which found evidence of Crown Resorts’ properties being used for money laundering.

The report also signaled that Crown Resorts failed to conduct the necessary due diligence on junket partners. The company did not evaluate the junket partners appropriately, and some of them had links to organised crime.

Billionaire James Packer, who resigned as executive chairman of Crown Resorts in 2018, was found by the report to have unnecessary influence on the business, after he approved a sale of a 19.99% stake in the company to Asian gaming operator Melco for 1.76 billion Australian dollars without the approval of the board of directors.

Now the New South Wales Independent Liquor and Gaming Authority reached an agreement with James Packer, allowing the billionaire to keep his 37% stake in Crown Resorts in exchange for his engagement not to seek representation on the company’s board, share information with the company or have discussions about the business that are not in a public forum.

The shareholder also agreed to forfeit the voting power that his 37 percent stake in the company would normally grant him. The only involvement that will be allowed from Packer’s side in the running of the Crown Resorts business is when it comes to selling his share in the company. The Australian billionaire would be able to vote on any takeover proposal.

Blackstone Group, a wealthy American investment management company, has made an offer to take over Crown Resorts Limited at the end of March. The offer is worth 8.02 billion Australian dollars, which represents a price of 11.85 dollars for each share in Crown Resorts for 90.1% of shares the company does not currently own.

Crown’s board has not yet reacted to the offer, but it has not yet given the buyer the chance to undertake due diligence. This might suggest that the board is not really happy with the offer and could ask for a bigger price in the near future.

On the other hand, Blackstone did make a change to their offer last week, but the modification was not related to the price per share. Instead, the American company included a clause that would break the deal if either of Crown’s existing casino licences are suspended or if its New South Wales gambling licence is not granted.

Crown Resorts is currently under investigation by authorities in Western Australia and Victoria, while its casino in Sydney is not allowed to operate following the investigation in New South Wales.