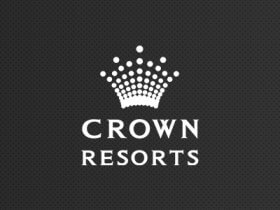 Crown Resorts, one of Australia’s largest entertainment companies, is now looking for a new Chief Executive Officer after Ken Barton decided to resign following the release of the Bergin report last week.

The report was put together by Patricia Bergin, a New South Wales Supreme Court Judge, and her inquiry found evidence that the company’s facilities and accounts were used for money laundering. The New South Wales Independent Liquor & Gaming Authority formed the inquiry, which started in August 2019.

The report clearly states that Crown Resorts is now deemed unsuitable to operate a casino at Barangaroo in central Sydney, even though the company invested 2 billion dollars in that development.

In her report, commissioner Bergin singled out Ken Barton and stated that he was not suitable for controlling the casino license of the company. About Barton, the report said: “His problems will not be cured by the appointment of people expert in the field who report to him.”

Moreover, the report insists that Barton should have started a full investigation into the accusations of money laundering when the inquiry began. The former chief executive is also accused of misleading the company’s shareholders during a 2019 general meeting.

Immediately after the announcement of the inquiry findings, several high-level employees were forced to leave Crown Resorts as the company scrambled to save face and convince the authorities that it takes action and wants to change.

Less than 24-hours after the report was released, the company announced that directors Guy Jalland and Michael Johnston had stepped down. Andrew Demetriou also left the company. Helen Coonan will now lead the company as an executive chairman, while the board will look for a new Chief Executive Officer.

Things could get even more complicated for Crown Resorts Limited if the financial ratings agencies cut its credit rating as a result of the Bergin report. In November 2020, ratings agency Moody’s cut the company’s credit score to Baa3, just one notch above “junk.”

If the company’s rating goes down to “junk,” then it would be extremely expensive and difficult for Crown Resorts to borrow money from banks. Moreover, if the rating is cut then the company would have to pay back 175 million Australian dollars to a Japanese investor.

Along with its new development in Sydney, Crown Resorts owns and operates two of the country’s largest integrated resorts, Crown Melbourne and Crown Perth, along with Crown Aspinalls in London.