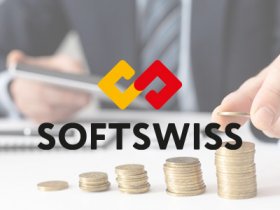 SOFTSWISS, the fast-growing international provider of software and content for online casinos and sportsbooks, has revealed its preliminary financial results for 2021 and the numbers have more than doubled compared to 2020.

For example, the company’s average monthly gross gaming revenue went up from 88 million euros in 2020 to an impressive 200 million euros in 2021. Moreover, the average bet sum went past 5 billion per month, which represents an increase of 130 percent compared to 2020.

During 2021, SOFTSWISS forged partnerships with more than 60 new operators and 20 fresh game providers, including live casino developer Pipa Games. At the moment, the SOFTSWISS Game Aggregator has content from around 170 different game studios and includes over 11,800 games.

SOFTSWISS revealed that most of the increase is due to the company taking its main product, SOFTSWISS Game Aggregator, to several new markets like Japan, Brazil, Argentina, Tunisia, and, last but not least, India.

In fact, SOFTSWISS has announced that it has high hopes and big plans for the Indian market and it has proven its intentions during 2020 and 2021. The company has launched its solutions for iGaming and sports betting for the country in December 2020, adapting its white-label online casino platform for the Indian market, including localized content and local payment methods.

Moreover, SOFTSWISS decided to adapt its sportsbook platform for the Indian audience, giving punters in the country a chance to bet on very popular sports like cricket and horse racing. The sports betting platform also includes a Premium Cricket Package that gets added to the company’s usual offering of more than 10,000 live events in over 70 sports.

In March 2021, SOFTSWISS announced the launch of BetJungle in India, the first sportsbook in the country that is based on their platform. After just two months the company launched CricketBet, another Indian sportsbook developed on the award-winning SOFTSWISS platform.