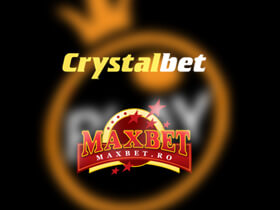 Pragmatic Play, one of the world’s most prolific providers of video slots and live dealer games for online casinos, has announced the expansion of its partnerships with Crystalbet and Maxbet.ro.

The new deals added a live casino dimension to the existing agreements, allowing the two operators to add live dealer games from Pragmatic Play to their offering, adding a wider choice of entertainment for customers in their region.

Yossi Barzely, Chief Business Development Officer at Pragmatic Play, revealed that the expansion of the partnership with Crystalbet represents “a huge boost for both parties.”

Jaba Peitrishvili, the Chief Executive Officer of Crystalbet, added that bringing the suite of live casino games to the audience in Georgia was “a natural progression”of the collaboration between the two companies.

The same goes for Maxbet.ro, an operator which had already been offering the vast portfolio of slot games provided by Pragmatic Play to the audience in Romania. Now that offering will be expanded with live casino titles, including Baccarat and several others.

At the end of 2021, Pragmatic Play was distinguished with one of the most important prizes at SBC Awards 2021: Casino/Slots Developer of the Year. The awards ceremony was held in London, at Battersea Evolution, with hundreds of top executives from the iGaming industry gathered as the most successful people and companies were rewarded for their activity in 2021.

Pragmatic Play received the Casino/Slots Developer of the Year award, with the panel of judges motivating that their decision was based on the provider’s unrivaled product portfolio and continued commitment to innovation.

The offering of slot games and live casino titles from Pragmatic Play has grown significantly over the past year as more and more successful games were launched. One of the top performing products of the year was Gates of Olympus, but the company has also boosted its live casino portfolio with the launch of Sweet Bonanza Candyland.