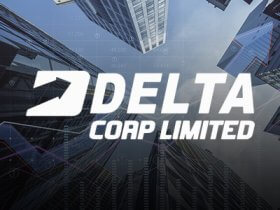 Delta Corp, the biggest and only listed casino operator in India, has announced its financial results for the second quarter of 2022 and the numbers show a huge gross revenue increase compared to the previous year.

In fact, the company’s gross revenue went up by no less than 233 percent year-on-year, an impressive increase by any standards. Delta Corp generated around 39.4 million dollars in revenue in the second quarter of 2022, which also represents an increase of 16 percent compared to the first quarter.

The company’s online skill gaming division also registered an improvement in revenue to 5.5 million dollars, but it was by far less impressive than what the casino gaming division managed to achieve.

The hospitality side of the business also recorded a massive revenue growth, the company’s total revenue from this sector amounted to 2.5 million dollars, which represents an increase of 103 percent year-on-year.

Delta Corp had previously announced gross revenues of around 100.5 million dollars for the financial year ending 31 March 2022, while the report for the fourth quarter of 2021 has also shown solid results.

Recovering From The Pandemic

The good results registered by Delta Corp show that the casino industry in India is recovering from the losses generated by the effects of the novel coronavirus pandemic in 2020 and 2021.

Moreover, for Delta Corp the future looks even brighter as one of its offshore casinos in Goa was allowed back into operation in May. In June the company also announced that its portfolio of land-based casinos had expanded after having taken over the management of Zuri Hotels in Goa.

Delta Corp Limited is the only listed company engaged in the casino and online gaming industry in India. The company operates India’s two largest offshore casinos, Deltin Royale and Deltin JAQK, and the country’s only floating hotel with a casino, King Casino, all of them located in Goa. The company also owns and operates the Deltin Suites in Goa Casino Deltin Denzong in Sikkim, as well as the 176-room five-star hotel The Deltin in Daman.