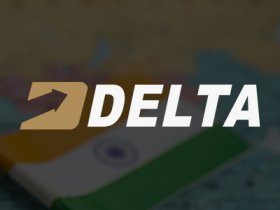 Delta Corp, the largest casino operator in India, has made its future plans public at the end of 2021 as the company looks to expand even further in its domestic market.

Anil Malani, President of Operations at Delta Corp, also revealed that the Indian operator is waiting for a casino license for the newly-developed five-star property located in the union territory of Daman.

The information was made public by Anil Malani in an interview with Travel Trends Today. In the same interview, Malani declined to comment on the company’s plans to enter more foreign markets, like Sri Lanka for instance. Delta Corp does operate a casino abroad, the Deltin Casino International located in Kathmandu, Nepal.

However, the Delta Corp President of Operations underlined that the company is now focused on developing its capabilities in the domestic market, which has great potential for growth.

Moreover, the Delta Corp representative revealed that the company’s facilities in Goa have recovered well after having gone through a long shutdown caused by the novel coronavirus pandemic.

Anil Malani said that the second wave of the pandemic, which took place around April, “wreaked havoc on the sector” of travel and hospitality, but since September the venues were gradually allowed to reopen with strict regulations in place.

The Only Listed Casino Operator In India

Delta Corp is the only listed casino operator in India and it is engaged in live, electronic and online gambling as well. The company operates three offshore casinos in the state of Goa and the Deltin Suites hotel and casino in Sikkim. It has also acquired Gaussian Networks Limited, which operates online poker site Adda52.com.

Delta Corp revealed that the entertainment hub would include hotels, a convention center, a multiplex cinema, shopping facilities, a water park and a large casino. The Pernem project is an important part of the company’s domestic expansion plans, but also of its plans to transfer its whole offshore operations onshore.