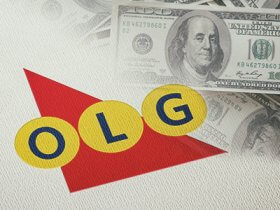 The Ontario Lottery and Gaming Corporation, the government-owned lottery and casino operator from Canada’s most populous province, has announced it will pay 31.3 million Canadian dollars to 27 municipalities across the province in non-tax gaming revenue payments for the second quarter of 2021.

The payments are made in accordance with the Municipality Contribution Agreements, which stipulate that the Ontario Lottery and Gaming Corporation has to reward the communities that host gaming facilities across the province.

For instance, the city of Windsor hosts the Caesars Windsor Casino, a well-known venue in the region and beyond. For that, the Ontario Lottery and Gaming Corporation will pay the municipality 1.7 million Canadian dollars for the second quarter of this year.

Most venues had to be closed for months during the novel coronavirus pandemic, but all gaming sites in Ontario have reopened in August. So far, communities that host gaming facilities in Ontario have received 1.76 billion dollars in non-tax gaming revenue.

Peter Bethlenfalvy, the Ontario Minister of Finance, expressed his satisfaction with the reopening of land-based casinos, admitting that they have an important contribution to the provincial economy.

Things are expected to get even better as from 25 October all the capacity limits that were imposed on Ontario’s casinos, bingo halls and other gaming establishments have been lifted.

Sports Betting On The Rise

The province is also expecting to generate a lot more revenue from sports betting in the coming months, especially after single event sports betting was legalized in Canada after the passing of Bill C-218.

The Ontario Lottery and Gaming Corporation launched its Proline+ online betting platform immediately after the law came into effect, and it recorded a handle of 6 million dollars in the first month of legal sports betting within the country.

The impressive first-month results prove, according to the company, “that Ontario bettors have been eagerly awaiting a trustworthy option to lay down their bets.” Moreover, The Ontario Lottery and Gaming Corporation added that 77 percent of all wagers recorded during that month were single-event bets.

A survey conducted by the Ontario Lottery and Gaming Corporation found that 62 percent of the people who responded said they are now more likely to make a single-event sports bet after it became legal in Canada.