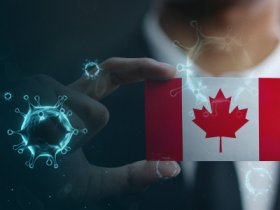 Ontario’s Lottery and Gaming announced on Sunday that all casinos across the province will shut their doors temporarily due to the Covid-19 outbreak.

“OLG, working with all our casino service providers, is confirming that an orderly shutdown of all casinos across Ontario has begun. We expect the closure to be complete within approximately 24 hours,“ according to the news release.

The release clearly shows that OLG, which recently confirmed the resignation of its President and CEO, gives priority to the health and safety of its customers and employees. The crown agency explains that the closure „is consistent with the recommendations of the province’s Chief Medical Officer of Health related to new precautionary measures for COVID-19.“

…led by the same guidance from public health authorities, OLG also reported on the temporary closure of its Prize Center at Yonge and Dundas Street in Toronto. While all lottery prizes of up to $999.90 can still be redeemed at over 10,000 outlets provincewide, lucky owners of rewards that exceed $10,000 have to wait for the Prize Center re-opening.

OLG will advise the public when the casinos and the Prize Center will re-open fully aware of the fact that a lot depends on the course of events: “We look forward to welcoming back customers and employees at that time.“

According to the latest data, the total number of confirmed cases across the province hit 212 with 23 new cases reported on Wednesday. The third day of the week also brought a doubling of cases under investigation, from 1,567 on Tuesday to 3,379.

The decision was made after Theo Lagakos, president of the union that represents workers at Casino Woodbine (Toronto) called for the venue’s closure on Saturday.

On behalf of casino workers…

… he raised concerns as to why their facility is still open in light of the evolving situation with Coronavirus. In his interview with CBC News, he said: “We are an operation where there is a high volume of patrons that come in and there is concern because the City of Toronto and the province is shutting down a lot of facilities where people gather in large groups”.

“None of us wish to be in a situation where a particular business takes a hit, however … health and safety has to be a priority,” Lagakos added.

His appeal was heeded as Woodbine Entertainment announced on Saturday, it will be shutting down Woodbine Mohawk Park and Woodbine Racetrack to the public for a minimum of two weeks.