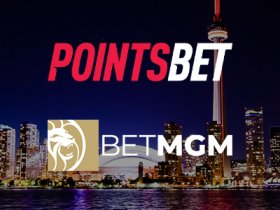 The Alcohol and Gaming Commission of Ontario, the government body that is in charge of regulating the gaming market in Canada’s most populous province, has issued penalties to private operators BetMGM and PointsBet over marketing breaches.

The Commission found that the two operators breached regulations regarding advertising and inducements. BetMGM Canada will have to pay a total of 48,000 Canadian dollars for failing to comply with Standards 2.04 and 2.05 of the Ontario Registrar’s Standards for Internet Gaming.

PointsBet Canada will have to pay 30,000 Canadian dollars after having breached Standard 2.05, which prohibits advertising materials that communicate gambling inducements, credits or bonuses. Such perks can only be advertised on the operator’s gaming site and through direct marketing but only after having received active player consent.

Standard 2.04, which was allegedly breached by BetMGM Canada, requires operators to ensure all marketing, advertising and promotions are truthful and don’t mislead players by misrepresentation of products. Moreover, advertising materials should not imply that chances of winning increase with player spending.

These market standards were first announced in September 2021, after the provincial government set up iGaming Ontario, the organization that is in charge of regulating online gambling and betting in the province. Ontario opened its legal online gambling market on 4 April this year and several private operators were licensed before entering this competitive market.

The Alcohol and Gaming Commission of Ontario also released the details of each alleged breach, hoping to prevent other operators from making the same mistakes. For instance, BetMGM Canada ran a ‘$250K Launch Party’ advert, which included a contest offer where the winner would receive a casino bonus worth 100,000 dollars.

The operator also ran a ‘Bellagio’ ad, including an offer of a casino bonus of 10 dollars in return for a bet worth 25 dollars. Moreover, BetMGM Canada advertised a ‘Jimi Hendrix Free Spin Friday’ for the chance to win 100 free spins.

According to the Alcohol and Gaming Commission of Ontario, all three adverts were breaches of Standard 2.05. BetMGM Canada was also found in violation of Standard 2.04 because it posted a tweet saying “the more money you put in per bet, the higher your chance is of winning”.

As for PointsBet Canada, the operator committed two alleged breaches of Standard 2.05, through posters on GO trains and in two train stations with an inducement to play for free.