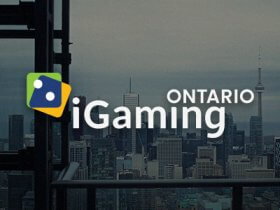 The government of Ontario, Canada’s most populous province, has finally announced that it decided to open its legal igaming market on April 4. The market will be overseen by iGaming Ontario (iGO), a subsidiary of the Alcohol and Gaming Commission of Ontario (AGCO).

The process started in April 2019, when the government of the province first announced its plans to end the monopoly on iGaming that was held by the Ontario Lottery and Gaming Corporation.

In November 2020 legislation was introduced and then passed in 2021. In September 2021, the Alcohol and Gaming Commission of Ontario published its regulatory standards for sports betting, including integrity rules and advertising standards.

In fact, single-event sports betting became legal in Canada on August 27, 2021, but only government-owned provincial lotteries are allowed to offer such services to customers in Canada. That will change on April 4 in Ontario, from that day on an unlimited number of private operators could gain a license and operate in the province.

Martha Otton, executive director of iGaming Ontario, assured the public that the companies that will be granted licenses will have to meet “rigorous standards of game and operator integrity, fairness, player protections and social responsibility.”

NorthStar Gaming, the Canadian casino operator based in Toronto, expressed its delight at the government’s decision. The company recently announced its plans of launching a “made-in-Ontario” online betting website and signed a partnership with Playtech to secure their sports betting platform, along with casino, live casino, poker and bingo technology.

Michael Moskowitz, Chief Executive Officer and Founding Partner of NorthStar Gaming described the government’s announcement as “a historic milestone” as it gives customers in the province a lot more choice for their online betting and gaming.

The market in Ontario could become one of the most attractive in all North America, since its population is the second largest on the continent after New York.