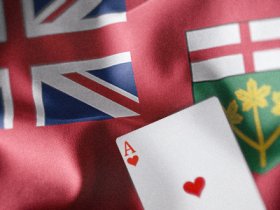 The Alcohol and Gaming Commission of Ontario, Canada’s most populous province, has issued the first two licences that allow private operators to run sports betting and online gambling in this territory.

theScore and PointsBet are the first two entities to receive approval from the Alcohol and Gaming Commission of Ontario, but more operators are expected to receive licences before the market officially opens on April 4.

TheScore, which was acquired by Penn National Gaming in 2021, announced the receival of the license with great pride, pointing out that being one of the first operators to receive a certificate proves that the company remains at the forefront of regulated internet gaming.

Penn National Gaming also announced that the company plans to migrate theScore onto a new platform that is currently being built. However, that won’t be ready in time for the launch in Ontario. The estimated time of completion for the new platform is somewhere in the third quarter of 2022.

PointsBet Canada, the subsidiary of the well-known Australian bookmaker, also announced that it had been approved for an online sportsbook licence in Ontario. Scott Vanderwel, the Chief Executive Officer of PointsBet Canada, said the approval is further proof of the operator’s focus on the Canadian market.

A Canadian Sportsbook For The Canadian Market

Moreover. Scott Vanderwel added that their aim was right from the beginning to build “a Canadian sportsbook, with Canadian employees, for the Canadian market.”

PointsBet has been preparing for this moment by signing numerous marketing agreements with reputable entities such as the NHL Alumni Association, Alpine Canada and Curling Canada.

Chantal Cipriano, Vice-President for legal, compliance and people at PointsBet Canada, added that the company is ready to use the experience gained in Australia and the United States in order to develop its presence in Canada.

The launch of online betting and gaming in Ontario was made possible by a bill that became law last year, repealing Canada’s ban on single-event wagering. From 27 August 2021, provincial lotteries were allowed to offer single-event betting, but Ontario took everything a step further by making plans to allow private operators to enter the market.