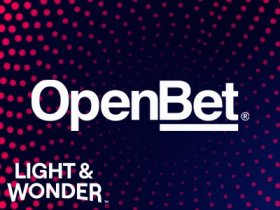 Light & Wonder, the American provider of gaming products and services formerly known as Scientific Games, has announced that it has completed the sale of OpenBet, its sports betting arm, to Endeavor for 800 million dollars.

The deal was agreed in July, but at that time it was expected to take a month longer to complete. Moreover, the seller initially wanted 1.2 billion dollars for OpenBet, its sports betting platform, but ended up settling for 800 million dollars, with 750 million to be paid in cash and the remaining 50 million in shares.

The sale is another step in the strategy adopted by Light & Wonder in recent months as the company is looking to streamline its business and focus more on gaming services. After having switched names from Scientific Games to Light & Wonder, the company also sold its lottery arm to Brookfield Business Partners, a private equity group.

Matt Wilson, the interim Chief Executive Officer of Light & Wonder, said that now the company can set its sights on growth as it fully focuses on gaming services for both online and land-based casinos and gaming venues.

The Light & Wonder Chief Executive Officer added that he has faith in the company’s research and development capabilities and added that the corporation has “an unparalleled ability” to leverage its leading industry positions in order to drive growth.

The Platform Of Choice For Canadian Lotteries

OpenBet, the sports betting division that has just been bought by Endeavor, is one of the most popular choices on the market. OpenBet has over 75 global customers and holds a 100 percent uptime record across major sporting events.

Moreover, when single-event betting finally became legal in Canada, three of the country’s major lotteries chose OpenBet as the supplier for their newly-launched sports betting platforms.

Single-event betting became legal in all Canadian provinces on 27 August, and Scientific Games (Light & Wonder) helped the British Columbia Lottery Corporation, Loto-Quebec and the Atlantic Lottery Corporation make this option available from day one through the OpenSports platform. Canada is a very important market for Light & Wonder as the American company even has a manufacturing facility located in Montreal.