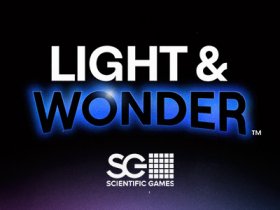 Scientific Games Corporation, the legendary American provider of gaming products and services, has announced that its proposed name change to Light & Wonder is now complete and fully official.

The company had announced its decision to rebrand as Light & Wonder in March, revealing that the new name would better reflect the group’s shift towards focusing on gaming services.

The website and company branding were changed immediately after that announcement, but changing the official legal name and the stock ticker took a bit longer as certain procedures had to be followed.

Marking this occasion, the company issued a press release which revealed that under the new brad Light & Wonder would adopt a cross-platform approach and would deliver “a leading portfolio of iconic games and franchises across online and mobile and in both real money and free-to-play social gaming markets as well as in land-based casinos.”

Shortly after having revealed the new company brand, Light & Wonder agreed to sell its lottery business to Brookfield in a deal worth 5.8 billion dollars. The decision to sell the lottery business came after a strategic review of the corporation’s activity.

Most of the proceeds from that sale were used by Light & Wonder to cut some of the company’s debts. In fact, the respective debt was cut by 4.4 billion dollars, placing the corporation in a much stronger financial position.

The American corporation is looking to further streamline its portfolio as its sports betting business is also up for sale, possibly generating more funds to be used for further investments into the business of creating games for casinos.