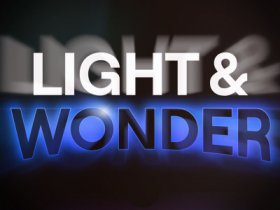 Light & Wonder has been known in the gaming industry as Scientific Games but the company decided to switch to the new brand earlier this year. At that time, the corporation announced that the new name would better reflect the group’s shift towards focusing on gaming services.

The same idea was behind the sale of the lottery business to Brookfield Business Partners in a deal worth 5.8 billion dollars. Light & Wonder underlined the fact that this sale represents a major milestone in the history of the company, transforming both its business and its balance sheet.

The decision to sell the lottery business came after a strategic review of the corporation’s activity, while the money generated from the deal will be used to reduce the company’s debt to a net debt leverage ratio range of 2.5x to 3.5x. The American company aims to pay down around 5 billion dollars in existing debt.

However, some of the money from the sale will also be used to fund share buybacks in order to give something back to shareholders. Moreover, the company aims to use the rest of the proceeds to invest in further growth opportunities.

Speaking about the landmark sale, Barry Cottle, the Chief Executive Officer of Light & Wonder, described it as “a significant step towards streamlining” the company’s portfolio but also towards putting the balance sheet in a stronger position.

The Chief Executive Officer added that their strategy is aiming to transform the business while focusing on “building great games and franchises” to entertain the player base. The company’s sports betting business is also up for sale as Light & Wonder aims to become “a leading cross-platform global game provider”.

For that purpose, last year the company completed the acquisition of ELK Studios, a creative games developer from Sweden. That acquisition followed two other similar moves made by Scientific Games in 2021, when the American corporation also purchased slot developer Lightning Box and live casino provider Authentic Gaming.