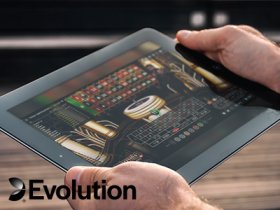 Evolution, the world’s most successful supplier of live dealer games for both online and land-based casinos, has announced that it launched its Lightning Roulette game in the American state of New Jersey.

Lightning Roulette was launched by Evolution in 2018 and it is an extended version of the classic roulette game, featuring a live game presenter and boosted payouts.

In Lighting Roulette, players can place all the regular roulette bets, but every round will come with additional randomly generated lucky numbers, anywhere from one to five of them.

Moreover, every round can bring along lucky payouts, boosted with figures between 50x and 500x. Overall, Lighting Roulette is a mix of exciting live casino play with a game presenter and a high-payout random number generator game with multipliers.

Jeff Millar, Commercial Director for North America at Evolution, revealed that the company expects Lighting Roulette to be a great success in New Jersey, considering that it had “phenomenal commercial success and immense popularity” everywhere else.

The Evolution Commercial Director added that the company’s intention is to install Lightning Roulette tables in every U.S. state that has a live casino studio set up and ready to broadcast. “It’s our belief that the game, quite literally, has the potential to take the US online gaming market by storm,” Jeff Millar concluded.

In June 2021, Evolution announced it signed an exclusive agreement with Scientific Games, one of the world’s biggest players in the iGaming industry, to make Lightning Roulette available in land-based casinos.

That deal allowed Scientific Games to take Evolution’s award-winning Lightning Roulette live casino game and make it available as a showpiece physical game which can be installed in land-based casinos all over the world.

This was a premiere for Evolution as Lightning Roulette became the first game that made the transition from online live streaming to a land-based setting. The reverse route has already been explored by the company as its Dual Play Roulette and Baccarat games are being streamed from land-based casino tables. Evolution’s live casino portfolio features countless titles, from classic card games to innovative game shows.