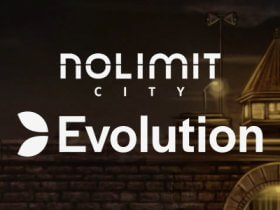 Evolution, the world’s largest supplier of live casino software and content both for online and land-based casinos, has announced that its acquisition of Nolimit City, a prolific and innovative slot developer, has finally been fully completed.

The deal is worth a total of 340 million euros, with 200 million euros being paid upfront in cash and the remaining 140 million depending on the company’s performances in the upcoming three years. Evolution announced that the whole purchase price will be paid from the company’s existing cash reserves.

In fact, the live casino supplier has been reporting great financial results recently, with revenue growth recorded in the second quarter of 2022 and a profit of 398.6 million euros for the first half of the year.

The agreement to purchase Nolimit City was reached in June, paving the way for the studio to become the fourth slots brand in Evolution’s portfolio after NetEnt, Red Tiger and Big Time Gaming.

At the time, Evolution stated that the acquisition of Nolimit City was in line with the company’s strategy “of being the world’s number one provider of online casino games, supplying its customers with the best gaming content.”

Shortly after having announced the purchase agreement with Evolution, Nolimit City revealed that it signed a major deal with bet365, one of the biggest online bookmakers in the world.

The agreement saw casino games from Nolimit City being added to the offering of bet365’s online casino as the major sportsbook brand was looking to gain a bigger market share in the iGaming market.

When the deal was signed, Malcolm Mizzi, Chief Commercial Officer and Managing Director of Nolimit City, said that his team felt “immense pride and jubilation” after becoming associated with one of the biggest brands in the industry.

On the other hand, a spokesperson for bet365 revealed that their online casino was looking to add more and more gaming content partners in order to add more appealing games to their casino offering.