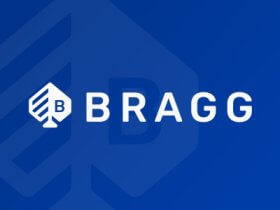 Bragg Gaming Group, the Canadian business-to-business iGaming technology and content supplier, has announced that it has secured a funding agreement worth 8.7 million dollars with Lind Global, an investment fund managed by The Lind Partners.

Bragg Gaming revealed that it is going to use the money to strengthen its offering in order to support its cash flow growth. The Lind Partners is an institutional fund manager based in New York.

Speaking about the partnership, Yaniv Sherman, Chief Executive Officer of Bragg Gaming Group, said that Lind has “a tremendous record of success” in deals with growth companies and declared himself confident that Bragg will manage to fulfill its strategic initiatives.

Moreover, Yaniv Sherman pointed out that since the start of 2021 Bragg Gaming has been focusing on boosting its proprietary content development capabilities, while trying to expand into regulated iGaming markets such as Ontario and other North American jurisdictions.

Phillip Valliere, Managing Director of Lind Partners, acknowledged that Bragg Gaming has been growing rapidly in recent years and suggested that the Candian company is expected to enter new key markets “while continuing to drive profitability.”

The new investment announced by the Canadian corporation comes after solid financial results. Last month, Bragg Gaming Group reported a 34.2 percent rise in revenue to 20.8 million euros during the second quarter of its 2022 financial year, a new quarterly record for the company.

Bragg Gaming was founded in 2018 and since then it has continuously expanded both its market reach and its content development capabilities by acquiring smaller studios such as ORYX Gaming, Wild Streak Gaming and Spin Games.