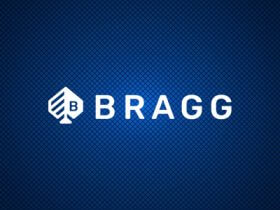 Bragg Gaming Group, the Canadian business-to-business iGaming technology and content supplier, has announced that its acquisition of Spin Games has finally been completed at the end of a process that lasted for more than a year.

The acquisition was first announced in May 2021, when Bragg Gaming Group revealed that it was ready to pay 30 million dollars for Spin Games, a business-to-business gaming content provider based in Nevada.

The agreement stipulated that Bragg Gaming Group would pay 10 million in cash and the rest in common shares of the Canadian company. Bragg Gaming shares worth 5 million dollars were released upon closing the deal, while the remaining shares will be released gradually over the next three years.

Now that the deal was completed, Kent Young, the founder and Chief Executive Officer of Spin Games, joined Bragg Gaming Group as president for the Americas. In this new capacity, Young will have a key role in designing the company’s growth strategy in the United States.

The decisive step for the completion of this acquisition deal was last month’s announcement that Bragg Gaming was granted a license to operate in the American state of Pennsylvania.

A Key Factor For U.S. Growth

In addition to that, Bragg Gaming revealed that it is now ready to launch new proprietary and exclusive third-party content for online casinos, developed specifically for Canadian and American players. The Canadian company will also look for opportunities to cross-sell its European casino content.

Yaniv Spielberg, Chief Strategy Officer at Bragg Gaming, expressed his belief that the company is now well positioned to “quickly grow” its presence on the United States market and added that Kent Young, the founder of Spin Games, will definitely help thanks to his experience of more than 30 years.

Speaking after the completion of the deal, Kent Young said that he is delighted to join the Bragg team and added that the company is ready to implement its plans for expansion in the United States and Canadian markets.