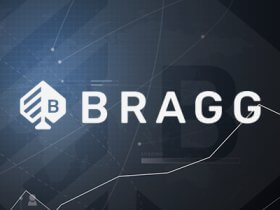 Bragg Gaming Group, the increasingly powerful Canadian business-to-business iGaming technology and content supplier, has announced that its revenue in the second quarter of 2022 has broken the previous company record.

The Canadian company reported a total revenue of 20.8 million euros, a figure which represents an increase of 34.2 percent year-on-year and also a new quarterly record for the business.

Yaniv Sherman, Chief Executive Officer of Bragg Gaming, explained that the company’s growth during the quarter was mainly due to its expansion to new markets. In fact, in March 2022 the supplier was granted a license to operate in Ontario, while in May it received permission to supply its games in Pennsylvania.

Moreover, the Bragg Gaming CEO pointed out that the company’s reach has grown after the company completed the acquisition of Spin Games in June for 30 million dollars.

Impressive First Half Of The Year

After taking interest and taxes into account, net income was 90,000 euros, not a big sum but definitely a great improvement from the loss of 2.3 million euros that was reported in the second quarter of 2021.

Adjusted earnings before interest, tax, depreciation and amortization (EBITDA) for the quarter amounted to 3.1 million euros, an increase of 62.9 percent compared to the second quarter of the previous year.