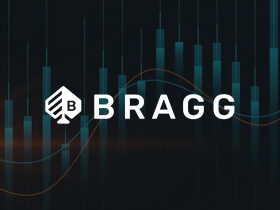 Bragg Gaming Group, the Canadian business-to-business iGaming technology and content supplier, has released its financial data for 2021 and the numbers show the company managed to reduce its net loss by 66.2 percent.

The Canadian company recorded a revenue increase of 25.7 percent in 2021, total revenue for the twelve months was 58.3 million euros. For comparison, the company’s revenue in 2020 was 46.4 million euros.

Bragg Gaming Group attributed the revenue growth to a number of key events, including their acquisition of Spin Games, the gaming content provider based in Nevada. That bold move signals the company’s intention to enter the United States market.

Moreover, in June 2021 Bragg Gaming announced its acquisition of Wild Streak Gaming, a content creation studio based in Las Vegas, while in September the Canadian company bega trading its common shares on the Nasdaq Global Select Market.

However, Bragg Gaming Group also had increasing costs, the company’s general and administrative expenses increased by 52.6 percent year-on-year to 34.8 million euros. That led to an operating loss of 6.5 million euros.

Nevertheless, the bottom line is an improvement compared to 2020, when the company recorded a loss of 11.9 million euros. Adjusted earnings before interest, tax, depreciation and amortization (EBTIDA) was 7.2 million euros, 29.8 percent higher than in 2020. Overall, the company posted a pre-tax loss of 6.7 million euros, better than the loss of 13.3 million euros recorded in 2020.

Looking to 2022, the company expects revenue between 68 and 72 million euros, which would represent an increase of approximately 20 percent compared to 2021.