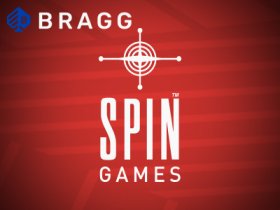 Bragg Gaming Group, the Canadian business-to-business iGaming technology and content supplier, has announced that it has received all regulatory approvals for the acquisition of Spin Games. The Canadian company added that the purchase should be completely finalized in the first part of 2022.

The deal to acquire Spin Games was agreed in May, the two parties settled on a price of 30 million dollars, with 10 million to be paid in cash and the remaining 20 million in common shares of Bragg Gaming.

However, the agreement was subject to several regulatory approvals, including clearance from the Pennsylvania Gaming Control Board, which was received on December 15. With that in the bag, Bragg Gaming revealed that the deal should be completed early next year.

Yaniv Spielberg, Chief Strategy Officer at Bragg Gaming, revealed that the completion of this deal brings exciting near-term growth prospects for the Canadian company on the United States market. In fact, Spielberg said that the acquisition “marks further progress against our content monetization and addressable market expansion initiatives.”

The company’s main goal for 2022 is to grow the year-end total addressable market to more than 18 billion dollars. Kent Young, the founder and Chief Executive Officer of Spin Games, revealed that the integration plan between the two teams is proceeding smoothly and expressed his belief that once the acquisition is complete they should be able to “hit the ground running”.

In November, Bragg Gaming Group announced their decision to replace Richard Carter, the company’s Chief Executive Officer, even though he only took charge of that position approximately six months earlier.

The announcement came after the Canadian company’s board revealed it completed a strategic review of the business. The board pointed out that although Bragg Gaming Group recorded “exceptional” revenue over the past year and a half, the improvement was not reflected in its public markets performance.

At the same time, Bragg Gaming decided to appoint Paul Godfrey as interim Chief Executive Officer until a permanent replacement is appointed. Godfrey was added to the company’s board in January, with the task of elaborating a strategy for the group’s efforts on the Canadian market.