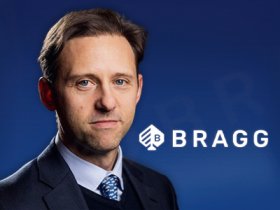 The important announcement comes after the Canadian company’s board announced a strategic review of the business. That review which included an immediate restructuring of the chief executive officer role.

The board of directors explained the decision by pointing out that although Bragg Gaming Group recorded “exceptional” revenue over the past year and a half, the improvement was not reflected in its public markets performance. Nevertheless, during this period the company finalized the acquisition of Oryx Gaming Group and Spin Games, boosting its presence on the United States market.

Bragg Gaming’s board also pointed out that other companies are trading at “significantly higher” values, and that was the main reason behind their decision to look for a new chief executive officer.

The Canadian company decided to appoint Paul Godfrey as Chief Executive Officer with immediate effect, until a permanent replacement is appointed. Godfrey was added to the company’s board in January, with the task of elaborating a strategy for the group’s efforts on the Canadian market.

Paul Godfrey is a well-known business leader and politician in Canada. He previously founded media conglomerate Postmedia Network and served as its president and Chief Executive Officer.

Adam Arviv, the founder of Bragg Gaming Group, will serve as special adviser to the chair and Chief Executive Officer. The new interim CEO said that the company’s technology and content puts it in a great place to take advantage of the North American market potential, but the company will also have to employ the right capital markets strategy in order to translate its improving financial performance into shareholder value.