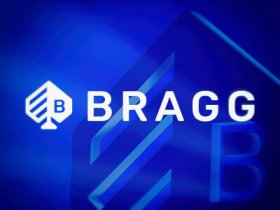 Bragg Gaming Group, the Canadian business-to-business iGaming technology and content supplier, has announced that the multiple companies it owns will be consolidated under the main business brand.

This means that Oryx Gaming, the developer of slot games for online casinos based in Slovenia, will become Bragg Ljubljana, while Spin Games, the studio that Bragg has recently acquired, will rebrand its operation in Nevada into Bragg Reno, while its business in India will become Bragg Chennai.

The Canadian company has also announced that it will open a brand new office in Las Vegas, Nevada, before the end of the year, providing a new base for existing employees operating under the Wild Streak Gaming and Spin Games businesses. The new office location will also allow Bragg Gaming to hire new talent in order to boost its creative capabilities.

Along with the new Las Vegas office, Bragg Gaming will also continue to operate its existing offices in Toronto, London and Malta. The company also revealed that while the offices, technology and turkey platform offering will be known under the single brand from now on, the content output will retain the already well-known studio labels: Wild Streak Gaming, Spin Games, Atomic Slot Lab, Indigo Magic and Oryx Gaming.

Celebrating The Heritage, Looking Towards The Future

Yaniv Sherman, the Chief Executive Officer of Bragg Gaming, explained that while the group companies consolidate under the single brand, the company celebrates “the heritage, values and successes of Oryx Gaming, Spin Games and Wild Streak Gaming.”

The Chief Executive Officer added that the strengths of those content studios have built Bragg Gaming into the company it is today and also that the same assets will continue to support the corporation on its path towards becoming a global igaming provider.”

The brand consolidation comes just a few weeks after Bragg Gaming Group announced it entered into a funding agreement with Lind Global Fund for an investment of 8.7 million dollars. The company explained that the funds will be used to strengthen its current offering in order to support cash flow growth.

Last month, Bragg reported a new quarterly revenue record, with 20.8 million euros generated in the second quarter of the 2022 financial year. That figure represents an increase of 34.2 percent year-on-year, while the company also broke its records in gross profit, gross profit margin and adjusted earnings before interest, tax, depreciation and amortization (EBITDA).