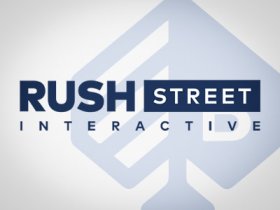 Bragg Gaming Group, the famous Canadian business-to-business iGaming technology and content supplier, has announced that its footprint in Ontario has expanded thanks to an extended partnership with Rush Street Interactive, the company that operates the BetRivers brand.

The announcement comes just a few days after the Canadian company made another North American launch as its Spin Games brand hit the market in the state of Connecticut. SpinGames was purchased by Bragg Gaming in June, after a lengthy process that lasted for more than a year. The Canadian company paid 30 million dollars for the business-to-business gaming content provider based in Nevada.

The Ontario launch through the partnership with Rush Street Interactive includes casino games from two of the studios that are in Bragg Gaming’s portfolio: Spin Games and Oryx Gaming.

Moreover, five exclusive games, including the very popular Egyptian Magic, are now available to play on the BetRivers online casino platform. The offering will be further boosted with additional titles from Bragg proprietary and partner studios in the coming months.

One Of The Largest iGaming Markets in North America

Speaking about the new partnership, Yaniv Sherman, the Chief Executive Officer of Bragg Gaming Group, declared himself pleased to be associated with Rush Street Interactive, “one of the premier iGaming operators in the Americas”.

Yaniv Sherman added that Ontario is expected to become “one of the largest iGaming markets in North America”, so the partnership with Rush Street Interactive will be extremely important for the company’s North American growth strategy. The two companies have already worked together in other North American markets such as New Jersey, Pennsylvania and Michigan.

Richard Schwartz, the Chief Executive Officer of Rush Street Interactive, declared himself “thrilled” to include Bragg’s games into the offering of BetRivers.ca, describing the supplier’s titles as “top-quality casino games”.