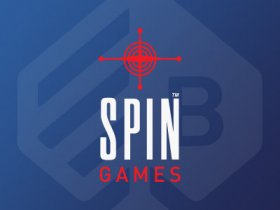 Bragg Gaming Group, the Canadian business-to-business iGaming technology and content supplier, has announced that its reach on the American market has expanded with the addition of the state of Connecticut.

The Canadian company launched Spin Games, its technology and content provider service, in Connecticut and also made its Remote Game Server available to business partners in this state.

For now, players in Connecticut will be able to access a portfolio of 11 game titles, including Ripley’s Big Wheel and 21 + 3 Progressive Blackjack, which are available on the iGaming sites operated by DraftKings and the Mashantucket-Pequot Tribe.

Bragg Gaming now operates in four American states, after having previously launched its services in Pennsylvania, Michigan and New Jersey. The Canadian company plans to add more jurisdictions to its tally by the end of 2022, providing both in-house games and third-party offerings. Bragg Gaming is also licensed to operate in Ontario, Canada’s most populous province.

SpinGames was acquired by Bragg Gaming in June, at the end of a process that lasted for more than a year. The Canadian

Speaking about this new landmark in the company’s history, Yaniv Sherman, the Chief Executive Officer of Bragg Gaming, expressed his delight at managing to enter a new jurisdiction so quickly after the acquisition of Spin Games.

The CEO added that Spin Games is “already well established” in the North American market, and that gives the Canadian company a good platform which can be leveraged to boost the expansion of its other brands in the region.

“Following our entry into the Ontario iGaming market three months ago, our entry into Connecticut is another important proof point of our North American growth strategy,” Yaniv Sherman added, underlining that the company will “continue to accelerate” its expansion in the United States.