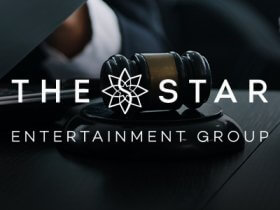 Star Entertainment Group, one of the biggest operators of land-based casinos in Australia, has received even more bad news after the recent troubles as the company faces a class action lawsuit in Victoria.

The claim was filed by the Maurice Blackburn law firm and it alleges that between 2016 and 2022 Star Entertainment made numerous misleading representations of its actual situation and policies. The law firm also alleges that the company failed to disclose relevant information regarding its anti-money laundering and counter-terrorism financing obligations and that overall it conducted its affairs “contrary to the interests of the members of Star as a whole.”

The bottom line is that the group of plaintiffs ended up paying more for shares of Star Entertainment than would have been the case if the company had complied with its legal obligations. Moreover, some investors might not have purchased Star shares in the first place.

Star shareholders can opt out of the group proceedings, but if they proceed then some might receive compensation if the lawsuit is successful. The company has issued a brief statement in which it announced that it intends to defend itself in these proceedings.

The news about the class action lawsuit comes after weeks of more bad news for Star Entertainment. At the end of September the Independent Casino Commission of New South Wales found the operator unfit to hold a casino license in Sydney and a couple of weeks later the Queensland government reached a similar conclusion.

The company operates two casinos in Queensland, one in Gold Coast and the other in Brisbane, and will continue to do so under supervision from the authorities as its license has not yet been revoked.

Moreover, at the end of October the company’s license to operate in New South Wales was suspended and the state regulator also issued a fine of 100 million Australian dollars.

The Sydney casino remains open but the New South Wales Independent Casino Commission has appointed an independent manager that will oversee the venue’s implementation of recommendations and guidelines. The suspension can be lifted when the casino becomes suitable to hold a license again.