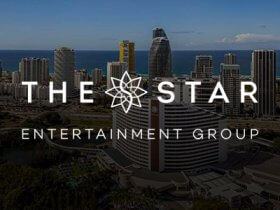 Star Entertainment Group, one of the biggest operators of land-based casinos in Australia, is under increasing pressure in Queensland after the state government has declared the company unsuitable for holding a casino license.

The company operates two casinos in Queensland, one in Gold Coast and the other in Brisbane, and will continue to do so under supervision from the authorities as its license has not yet been revoked.

The decision comes at the end of an inquiry into the company’s operations in Queensland, a review led by Robert Gotterson AO. Star Entertainment recently received similar news in New South Wales as the inquiry led by Adam Bell SC found the company unsuitable for operating a casino in the state.

The report signed by Robert Gotterson AO was released to the public and Shannon Fentiman, the Attorney-General and Minister for Justice of Queensland, revealed that the government will adopt the twelve recommendations outlined in the report.

The recommendations are largely similar with the ones issued in Victoria after the government of this state received a report regarding the activity at the only casino in the state, Crown Melbourne.

The Attorney-General added that Star Entertainment will be given the chance to respond to the report’s findings and will also have the opportunity to implement the remedial actions outlined in the report, including appointing a special manager.

Moreover, the Queensland government announced that it will conduct periodic investigations at all casinos in the state and that these inquiries will be paid for by the casinos. In addition to that, all casino licensees will be required to pay a supervision levy and implement a mandatory Code of Conduct for Safer Gambling.

The fines for non complying with these requests will be significant, and the casinos will also have to implement several recommendations to improve gambling harm minimization, such as limits on cash transactions and mandatory carded play.

The government also announced that the maximum penalty that can be imposed on a casino will be raised to 100 million Australian dollars, similar to the fines established in New South Wales. However, unlike New South Wales, Queensland will not change the structure of the state’s gambling regulator.