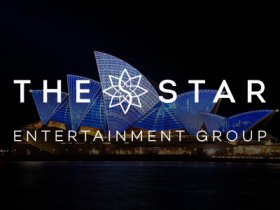 Star Entertainment Group, one of the largest operators of land-based casinos in Australia, has received a further blow in New South Wales as its casino license was suspended along with a fine of 100 million Australian dollars.

In September, the company was declared unsuitable to hold a casino license in New South Wales, after the report compiled by Adam Bell SC unveiled several failings at Star Sydney regarding anti-money laundering and social responsibility policies.

The report revealed that the company engaged in successful attempts to circumvent Chinese capital flight laws by reclassifying gambling spend as hotel expenses on China Union Pay cards. Moreover, Star Entertainment employees lied to banking institutions regarding these payments and allowed an entity with likely links to organized crime to conduct operations in the Sydney casino.

After the report was released the company was given fourteen days to respond before disciplinary action would be taken. A few days later, Geoff Hogg became the third Star Entertainment Chief Executive Officer to resign in 2022 after having held the role for just four months.

The New South Wales Independent Casino Commission, after having received a response from the company, decided to impose the maximum fine of 100 million Australian dollars on Star Entertainment and also suspended its license in the state indefinitely.

Having the license suspended instead of canceled means that the company would be able to resume gambling activities at its casino in Sydney but only after having taken appropriate remedial measures and under supervision.

In fact, the New South Wales Independent Casino Commission approved the appointment of Nicholas Weeks as manager for Star Sydney starting 21 October. The manager will have full control over the casino and work with Star’s own management in order to address the concerns identified in the Bell Report.

The casino’s progress will be monitored as it continues its activities with a suspended license. During this process, whenever the casino manages to become suitable to hold a license again, the suspension may be lifted.

This penalty comes shortly after earlier this month Star Entertainment was also found unsuitable to hold a license in Queensland, following an inquiry into its operations in the state.