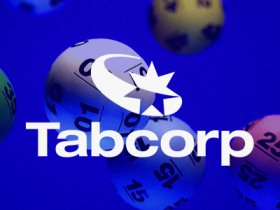 Tabcorp, the powerful Australian lottery and betting operator, has announced that its shareholders have overwhelmingly voted in favor of the plans to demerge the company’s lottery operations from wagering, media and gaming services.

The demerger plans were previously approved by the Supreme Court of New South Wales, that was the last step before the shareholders vote. Now that the vote was in favor, the company has to return to the Supreme Court in order to receive complete approval for the demerger, with the hearing scheduled for 20 May.

If the court approval is secured, then the company will submit a copy of the court order to the Australian Securities and Investments Commission on 23 May and the scheme will become effective from that date.

The demerged business will be named The Lottery Corporation and its shares, if all goes well in court, will begin trading on the Australian Stock Exchange on 24 May.

Steven Greggs, the Chairman of Tabcorp, declared himself pleased after having received shareholder approval for the demerger and described the moment as “an important milestone in repositioning the group’s portfolio and setting up Tabcorp and The Lottery Corporation for future success.”

The first time Tabcorp announced its plans to split its Lotteries and Keno division was in July 2021, when the company completed a strategic review of its operations. That review lasted for four months, a period during which the company received several offers for its Wagering and Media business.

After the review Tabcorp decided to keep its Wagering and Media arm and spin off the lottery business, creating two distinct companies. In the near future The Lottery Corporation will look to continue its growth through enhancing its game portfolio, delivering better customer experience and improving its digital penetration.