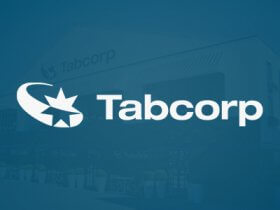 Tabcorp, the Australian lottery and betting operator, has finally decided to reject all bids for its media and wagering division and chose to demerge the business instead, creating a second listed entity.

The Australian company will undergo a process that will separate its Lotteries & Keno business from its Wagering & Media arm. The latter was the subject of several acquisition bids. The last of them came from BetMakers, a fellow Australian company, and it was worth 4 billion dollars.

Tabcorp underwent a strategic review of its business while receiving offers for its Media and Wagering division, and at the end of the process the company decided to opt for the demerger choice.

The plan is to make the Lotteries and Keno division become a separate entity listed on the Australian Stock Exchange, while the Wagering and Media division will remain under the existing Tabcorp entity. As for the shareholders, they will keep their existing shares and also receive proportionate stakes in the new Lotteries and Keno company.

Tabcorp revealed that its board of directors had carefully reviewed the proposals from Entain, the United Kingdom iGaming giant, Apollo Management, a global private equity firm, and BetMakers for the sale of its Wagering and Media division. At the end of the review the board decided that the demerger was the “most certain path to maximise the value of both businesses for Tabcorp shareholders.”

Tabcorp is hoping to complete the demerger process by the end of June 2022, but the deadline might be extended as there could be several regulatory complications and third-party approvals that could arise.

However, the company is confident that the demerger would bring benefits to both businesses as it would ensure a more focused operating profile and the ability to attract new investors.

Stephen Gregg, the chairman of the Tabcorp board of directors, said that this process lays the foundation for future long-term growth for both companies. “The two businesses are expected to be leaders in their respective markets, creating great experiences for millions of customers,” the chairman added.

Tabcorp as a whole is valued at 10 billion Australian dollars. The Wagering and Media division is a force to be reckoned with as it controls around 44% of the Australian sports betting and racing market, which is worth nearly 40 billion dollars per year.