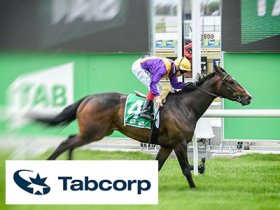 BetMakers Technology Group, the race betting operator and technology provider from Australia, has entered the race to buy Tabcorp’s media and wagering division with an offer of 4 billion Australian dollars.

If the deal goes through under these terms, then the Tabcorp shareholders would end up with a combined stake of 65% in BetMakers. However, the share price has dropped 10% after the announcement of the proposal, so BetMakers might need to offer more shares to close the deal.

Executives revealed that their intention is to create a powerful global wagering platform, which would be active both in the business-to-business market and the business-to-consumer market. The new entity that would be created if the deal goes through would also benefit from world-class technology which would result from the combination of the two companies’ forces.

Moreover, BetMakers, which recently saw a revenue increase, insisted that the combined business would be able to access new revenue streams in the United States, while retaining a solid base in Australia. In fact, the Australian ownership structure of the company would not change, and the resulting business would continue to provide support to the country’s racing industry.

The bid from BetMakers is currently being considered by the Tabcorp board of directors, along with two more offers that were received recently. The latest bid was received from Apollo Management, a global private equity giant. The proposal is also worth 4 billion Australian dollars, but it also includes Tabcorp’s gaming services segment.

The other offer that Tabcorp is considering is the one from Entain, the sports betting and gambling giant from the United Kingdom. This bid is worth 3.5 billion Australian dollars, improved from an initial offer of just 3 billion dollars.

Tabcorp as a whole is valued at 10 billion Australian dollars. The company’s “Wagering & Media” division controls around 44% of the Australian sports betting and racing market, which is believed to be worth nearly 40 billion dollars per year.