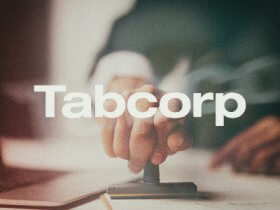 Tabcorp, the Australian lottery and betting operator, has announced that it has received the necessary approval from the Supreme Court of New South Wales to continue the process of demerging the company’s lottery business.

The next step, as ordered by the court, is to organize a meeting on 12 May in which all the Tabcorp shareholders will vote on whether to demerge the operator’s lottery division from the rest of the business.

This plan was first announced in July 2021, following the completion of a thorough strategic review of the business. Before the review was completed, Tabcorp considered selling its Wagering and Media division, which attracted a number of unsolicited offers, including one from Entain.

After the strategic review was completed, Tabcorp decided to reject all bids for the Media and Wagering division and chose to demerge the business instead, creating a second listed entity.

The ultimate goal is to separate the Lotteries & Keno business from the Wagering & Media arm, with the Lotteries and Keno division becoming a separate entity listed on the Australian Stock Exchange, while the Wagering and Media division will remain under the existing Tabcorp entity. The shareholders will get to keep their existing shares and also receive proportionate stakes in the new Lotteries and Keno company.

Despite the uncertainty regarding the demerger process, Tabcorp announced that it recorded a slight revenue increase in the first half of the 2021-2022 fiscal year, mainly thanks to the solid performance of its lottery division.

Keno revenue was down 9.8 percent due to restrictions related to the novel coronavirus pandemic, but that loss was recovered thanks to lottery revenue which increased by 12.7 percent to 1.67 billion Australian dollars.

The company’s retail network for lottery products, which includes newsagents, petrol stations, kiosks and pharmacies, managed to increase the turnover by 5 percent, while the digital sales amounted to 36.7 percent of the total.