Entain in the Running for Acquiring Tabcorp Wagering Division 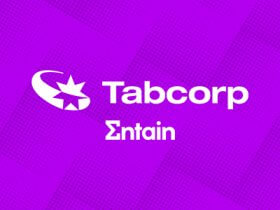 Tabcorp Holdings, the Australian lottery and betting operator, has confirmed that it has received offers from multiple companies for selling its lucrative wagering division.

Tabcorp’s “Wagering and Media” unit controls around 44% of the local sports betting and racing market. Following media reports which claimed the company had been approached about a possible acquisition, Tabcorp issued an official statement to clarify the situation.

“Tabcorp confirms that it has received a number of unsolicited approaches and proposals in relation to a potential transaction involving Tabcorp’s wagering and media business,” the statement read.

“The proposals were expressed to be confidential, indicative, non-binding and subject to numerous conditions including due diligence, financing and various regulatory approvals. There is no certainty that any transaction will occur.”

Tabcorp is Australia’s largest gambling company, with over 5,000 employees nationwide, providing lotteries, Keno, wagering and gaming products and services. The company’s board is now assessing the proposals, while the news drove stock prices up nearly 9%.

The company’s “Wagering & Media” unit generated revenue of 2.1 billion Australian dollars in its most recent fiscal year, with earnings of 371 million dollars. That’s a good result for the division, considering that many sport events were shut down during 2020.

Entain Among the Potential Suitors

Among the several offers received by Tabcorp for their wagering division, the one that stands out is from Entain, a very large British sports betting and gambling company which owns prominent brands like Bwin, Coral, Ladbrokes, PartyPoker and Sportingbet.

After the news broke, Entain released a statement to confirm its intentions: “Whilst discussions are at an early stage, any transaction would be in line with Entain’s current M&A strategy of expanding across regulated international markets.

As such, this would present an opportunity to acquire an attractive business which, if combined with Entain’s existing Australian business, would create a leading, integrated multi-channel and multi-brand wagering company.”

Entain made the first steps into the Australian market in 2013, when the company acquired Bookmaker.com.au for 22.5 million dollars. Then, in 2018, it paid 95 million-dollar for Neds, another Australian brand founded by Dean Shannon.

Moreover, the British company is currently expanding on multiple fronts as it plans to acquire Optibet operator Enlabs, which covers the Baltic countries and their growing sports betting market.

On the other hand, Entain received a takeover bid from MGM Resorts last month. The offer was worth a staggering 11 billion U.S. dollars, but it was rejected by shareholders.