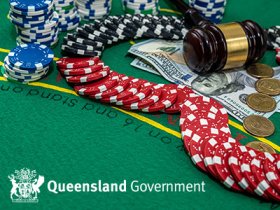 Queensland, the second-largest and third-most populous Australian state, has decided to introduce new casino laws which include stricter casino oversight and more severe penalties for breaking the rules.

The decision comes after other states in Australia have implemented tougher legislation recently following inquiries into the activity of Crown Resorts in New South Wales, Victoria and Western Australia, and into the wrongdoings of Star Entertainment Group in New South Wales.

The new legislation will allow the implementation of independent monitors which can oversee casino operations. Moreover, the government will no longer have to compensate casino operators for the introduction of tougher regulations. The Queensland government will also be able to fine operators up to 100 million Australian dollars if they are found breaking the rules. Other new laws include an obligation for casinos to report breaches of the law and cooperate with the regulator or face significant penalties.

It All Started With Star Entertainment

The implementation of stricter rules comes after a recent inquiry into the activities of Star Entertainment in Queensland found the company unsuitable for holding a casino license in the state.

The inquiry reviewed the activity at both The Star Gold Coast and Treasury Brisbane, and recommended the implementation of an independent monitor. The new laws will also apply to the other casinos that operate in Queensland, The Ville in Townsville and The Reef in Cairns.

Shannon Fentiman, the Queensland Attorney-General and Minister for Justice, said that the new laws would ensure casinos are operating lawfully and also guarantee that the operators would take their responsibilities seriously when it comes to reducing gambling harm.

“These laws aim to improve integrity and deter illegal, dishonest and unethical behavior in Queensland’s casinos,” Shannon Fentiman said. The Attorney General also said it was crucial that the new legislation was implemented as soon as possible as the state needs to be prepared for the potential outcomes of the process regarding The Star Entertainment Group.

“The new rules will modernize Queensland’s gambling legislation to allow new payment methods and systems to be considered for use, provided they are safe and reliable,” the Attorney General concluded.