The Parliament of Victoria Imposes Spending Limit at Crown Melbourne 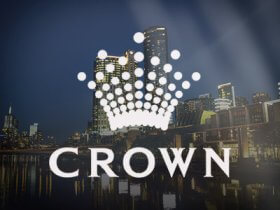 The Parliament of Victoria, Australia’s second most populated state, has passed changes to its legislation governing the land-based gambling industry, including the introduction of spending limits per 24 hours at Crown Melbourne.

The new legislation was introduced in August 2022 and just over a month later it was adopted by the state’s legislature. The Casino Legislation Amendment (Royal Commission Implementation and Other Matters) Bill 2022, introduces a spending limit of 1,000 Australian dollars per day at Crown Melbourne.

The amendments were recommended by a Royal Commission led by Ray Finkelstein, which investigated the activities of Crown Melbourne. The inquiry found that senior executives at Crown Melbourne had been “indifferent to their ethical, moral and sometimes legal obligations.”

Crown Resorts, the company that operates Crown Melbourne, is also facing extensive inquiries in New South Wales and Western Australia. Moreover, the Victoria Gambling and Casino Control Commission announced a second probe into the operator’s gambling practices. Following this investigation the company could receive a fine of up to 100 million Australian dollars.

The new legislation also includes a set of provisions for a new regime for poker machines, with players being required to set how much money they are prepared to lose before beginning to play. This measure was also recommended by the commission led by Ray Finkelstein.

Crown Melbourne was given enough time to implement the spending limits, which have to be in place by the end of 2023, while the remaining changes have to be fully implemented by December 2025. The operator will have to introduce new technology at the casino in order to fully comply with the requirements of the new law.

Moreover, Crown Resorts has to prove that it has changed its business practices and conduct regarding gambling, otherwise it could lose its license to operate the casino in Melbourne.

Melissa Horne, the state’s Minister for consumer affairs, gaming and liquor regulation, emphasized that the government is “holding Crown Melbourne to account” on 12 additional recommendations included in the Finkelstein report, especially regarding money laundering and harm minimisation.