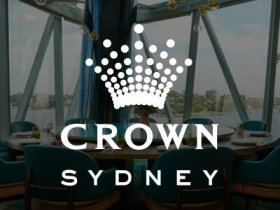 Crown Resorts, the biggest owner and operator of land-based casinos in Australia, has announced that its casino in Sydney will finally open to the public on Monday 8 August after the company was given permission to operate the gambling venue by the New South Wales regulator.

The facility in Barangaroo, Sydney, was developed by Crown Resorts at a cost of 2.2 billion Australian dollars. However, the company was only able to commence its non-gaming operations in December 2020 after having been found unsuitable to hold a casino license in New South Wales following the famous Bergin inquiry.

Since then, Crown Resorts has undergone a massive corporate makeover and that persuaded the New South Wales Liquor and Gambling Authority to issue the company a conditional license to operate its casino in Sydney. That will give the regulator additional time to monitor the company’s activity before a final decision upon its license suitability.

The company’s casino in Sydney has premium players as its target and it features two high-end VIP gaming rooms: the Crystal Room and the Mahogany Room. Moreover, the venue features two exclusive private Sky Salons located on the 28th and 29th floors.

Overall, the Sydney casino has 160 gaming tables and 70 electronic table games, along with premium dining options and outdoor terrace areas that the members can enjoy. However, only the Crystal Room will welcome players on its gaming floor on 8 August, while the Mahogany Room is expected to open at a later date.

Simon McGrath, the Chief Executive Officer of Crown Sydney, described the opening of the Barangaroo casinos as “a defining moment” for the company and added that it represents “the culmination of months of hard work from a dedicated team.”

The opening date was not chosen randomly, Simon McGrath explained that the 08.08 date has special symbolism attached to it and that it represents “ideal timing” for the event.

This moment comes shortly after another important milestone in the company’s history as last month Blackstone completed its acquisition of Crown Resorts in a deal worth 8.87 billion dollars. The new company owners decided to appoint Ciarán Carruthers as Chief Executive Officer starting September 2022.