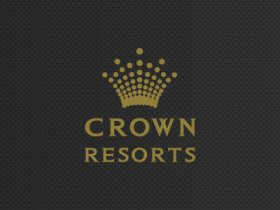 Crown Resorts Limited, one of Australia’s largest entertainment companies, has been given an interim liquor license that allows it to open its new Crown Sydney development on December 28.

Gambling won’t be allowed at the new venue right away, as the license only covers the serving of alcoholic beverages at the location. The license was issued by the New South Wales Independent Liquor and Gaming Authority and it will expire at the end of April 2021.

Crown Sydney is a five-star facility with 350 hotel rooms along with several bars, restaurants and 120 gaming tables. The company invested a reported 2.2 billion Australian dollars into this development.

The construction of this development in the Bangaroo district of Sydney lasted just over four years, and Crown Resorts Limited was hoping to make it fully operational on December 14.

However, an investigation by the New South Wales Independent Liquor and Gaming Authority puts the gambling side under a serious question mark. Crown Resorts Limited is accused of having used shady agents to attract rich Chinese gamblers to its venues. That could lead to the company losing its gaming license for the Sydney development.

In November, the New South Wales Independent Liquor & Gaming Authority decided that it will not allow gambling at the new Barangaroo casino, at least not until the investigation is concluded and the report issued in February 2021.

Now, the Authority insisted that their position regarding Crown Sydney’s gaming operations has not changed, but added that it will “work with Crown Resorts Limited to enable opening this month of all non-gaming areas including accommodation, restaurants, bars and entertainment areas.”

More Bad News From The State of Victoria

Crown Resorts Limited is also having to worry about its casino license for Crown Melbourne, which is now under review by the state authorities. This review is usually conducted every five years, and the last one was in 2018.

However, Victorian Gaming Minister Melissa Horne said the “concerning evidence” of the company’s non-compliance determined the authorities to bring the 2023 review forward and have it take place in 2021.

Victoria’s government has appointed a special commissioner to conduct the review of Crown’s license, and that commissioner will deliver the results of the investigation sometime next year.

Crown Melbourne resumed some of its gaming operations in November after having been closed for months due to the novel coronavirus pandemic and the restrictions imposed by authorities.